By Nathan Chai via Success.com
Five years ago, I was lounging on a hammock when my friend handed me a copy of Rhonda Byrne’s best-selling personal development book, The Secret.

As I delved into the book, I became frustrated—“How could anyone believe this nonsense?” I asked my friend. She told me millions of people (including herself) had read the book and found it incredibly valuable in their lives.

The core tenant of The Secret is the “Law of Attraction,” which, to put it simply, is “like attracts like.” That is, when you wish for things, cosmic forces conspire to bring whatever you wished for into your life. But I’m a man of science! I don’t have time for cosmic forces (other than gravity).

So I began researching the concept.
What is the Law of Attraction?

“You always attract into your life the people, ideas, and resources in harmony with your dominant thoughts.” —Brian Tracy

onal development speaker Brian Tracy is one of the more prominent believers in the Law of Attraction. He says this about the mechanics behind the law, having studied philosophy, metaphysics, religion, spiritual development, psychology and success principals for 20 years:

“Law of Attraction is one of the oldest Universal Laws known to man, and when used the right way, it’s incredibly powerful.”

But that didn’t satisfy me. It didn’t explain how the law works.

In David McRaney’s book You Are Not So Smart, he writes about how we build our personal stories about how the world works. Our brain’s cognitive biases shape our very perception of reality.

Cognitive biases are thought-shortcuts (thoughtcuts, as I like to call them), that we use to think quicker or process information faster. Our brains will disregard sources of information, objective truths, and instead, apply ingrained beliefs (true or false) to interpret situations.

Thanks to these thoughtcuts, it is almost impossible for us to see the world as it actually is. That is to say, we are unable to view situations without our ego, experiences and emotions getting in the way. We filter the world through our belief systems and see what we want to see. But why?

To answer that question, I accepted The Law of Attraction as fact. We need to believe that we do indeed attract things into our life simply by wishing for them.
1. Confirmation Bias

We seek information that confirms what we already believe to be true. Surprisingly, we give less weight, or even ignore, evidence that disagrees with our beliefs. 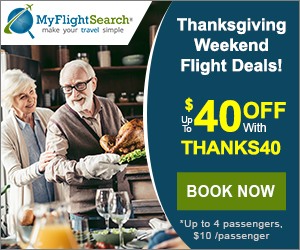 The Texas Sharpshooter fallacy is explained by a man randomly shooting a barn hundreds of times. He then paints a target where the majority of shots hit. It is then perceived that he is a particularly good shot. To put it another way, when random coincidences happen, we effectively paint a target around the random coincidences and ignore the rest of the events.

It’s super weird, until you realize that my friend and I are the same age. Our parents are roughly the same age. Rachel and Phillip were popular names when they were born. My friend’s family and I have similar socio-economic backgrounds that allowed our parents to move to the same location.

Related to the Texas Sharpshooter Fallacy is Apophenia, which is when we assign meaning to random events. For example, say you’re discussing Star Wars with a friend. Then, that very same evening, you flick through the TV channels and Star Wars is playing. Unbelievable! What are the odds? you muse, assuming some sort of higher power or cosmic being granted you the boon of watching a beloved movie.

Apophenia combined with confirmation bias suggests there is some sort of meaning to random events. In reality, it’s our brain’s thoughtcuts that give the situations meaning.

Did you know our expectations directly affect our outcomes? We assign emotions and outcomes to events long before they happen. It’s going to be terrible, you tell yourself when your sister invites you to a raw-vegan restaurant, and you end up feeling annoyed and hungry. But that’s only because you’ve spent two hours mentally mocking the restaurant.

Now think about your everyday life. When you wake up and think, It’s going to be one of those days. How often do you get it right? Now think of a time when you woke up and thought, Today is my day; let’s go and be amazing! How did those days go?

Semi-similar is behavorial confirmation. This is when people behave in the way we expect them to. For example, if we expect a certain person to be standoffish, you might unconsciously behave standoffish toward them in defense. This makes them feel like they need to act standoffish.

We create the outcome we (consciously or unconsciously) expect. Once you start assuming the best in people and assuming there will be positive outcomes in all situations, you’ll be surprised how right you can be.

Selective attention suggests that we can’t absorb all the information that we experience every day. The brain simply ignores most of what’s going on. When you’re driving, unless you really concentrate, how much are you aware of? Other than possible sources of danger, your favorite podcast and what’s for dinner, you probably didn’t experience too much.

We effectively ignore anything that isn’t relevant to our immediate thoughts, so our brain power can focus on what we think is important.

Think about it like this: When you’re single, how many couples do you see? They’re everywhere. When you’re driving, you know what colors the cars on the other side of the road are, but it’s only when you choose to think about it that you actually notice.

A similar thoughtcut is the Baader-Meinhof phenomenon, which is what happens when you learn a new word and then suddenly see it everywhere. Your brain prioritizes recent information and looks for more of it.

The two core things to remember from this section are relevancy and recency. By keeping your goals in the forefront of you mind, and thinking about them often, you’ll notice more (and better) ways to achieve them.

My research led me to believe that thoughtcuts power the Law of Attraction. Cognitive biases are always present as our brain is constantly trying to process large amounts of information. Use these four tips to make your brain’s cognitive biases work in your favor:

1. Relevancy and recency: Keep your goals top of mind to keep them a priority for your brain.

2. Assume your goals will have positive outcomes.

3. You are in charge of assigning meaning to coincidence. Keep that in mind.

4. We seek information that confirms our beliefs. So change your beliefs and you’ll change the way you experience the world.