In this follow up blog, Id’ like to delve more into the Law of Attraction. However, before going further, it’s critical that you understand that this law can be applied to your life with tangible results IF you use the right tools.

Let’s go back to the Book of the Beginnings – Genesis 11 describes how the dispersal of the people of the world began. At that time, the whole world had one language, a group of men had found a plain in a place called Shinar. After settling for a while there, they decided to build a city and tower whose top will reach the heavens. To cut the story short, verse 6 reads ” And the LORD said, ‘Behold this people is one, and they have one language; and this they begun to do: and nothing will be restrained from them, which they have imagined to do‘” This clearly illustrates the law of attraction. Whatever your mind can imagine, you are capable of reproducing the same in your life.

Pay attention to the words in that verse: (a) These people are one – for you to manifest this law in your life, there is a degree of congruency, unity and oneness of purpose you must have. There must be a clarity of purpose. You must not waiver. What do you want? Where do you see yourself in the next say 3 to 5 years? How clear is the mental picture of the future you desire? (b) They have one language – how many ‘languages’ does you body speak concerning your desire or ultimate goal? What are your lips saying? What is your mind telling you? What are your thoughts echoing? Are they the same? Or are you saying one thing and then thinking another? For the law of attraction to be effective, you need to have a laser focus – body, soul, heart, mind and lips! Your entire being must want it, believe it and pull together in one direction. Sometimes, we find ourselves saying “I want this” but in the next moment, our thoughts are like “am I really sure I can have this? I’m not sure this is for someone like me” Whenever you find yourself in that kind of mindset, quickly snap out of it. You do that by verbally proclaiming out loud what you want. Repetition is the key to mastery!

According to LawOfAttraction.com, “Hundreds of years ago the Law of Attraction was first thought to have been taught to man by the immortal Buddha. It is believed he wanted it to be known that ‘what you have become is what you have thought’. This is a belief that is deeply intrinsic in the Law of Attraction. With the spread of this concept to western culture also came the term ‘Karma’, it is a belief that is popular throughout numerous societies. Over the centuries it has been a common understanding amongst many that what you give out to the world (be it anger or happiness, hate or love) is ultimately what can return to your own life in the end. This simple and easy-to-follow concept has been so popular among many for a large number of years. It demonstrates that the idea of the power of attraction is not new whatsoever. It is already recognizable to many of us in a variety of ways.

The main principles of the Law of Attraction can also be discovered in the teachings of many civilizations and religious groups. An example, in Proverbs 23:7, reads ‘As a man thinketh in his heart so is he’. Proof of praise for the Laws of Attraction can be uncovered throughout the ages; all recorded and taught in different ways, but still there for all of humanity to find.” 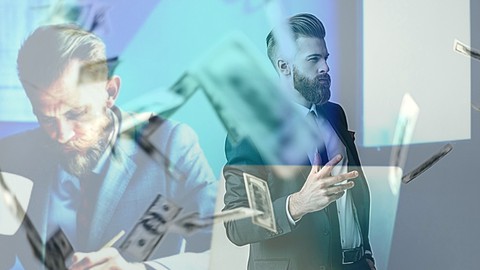 Several notable icons have attested to the power and efficacy of the Law of Attraction, namely Oprah Winfrey, Jim Carrey and Denzel Washington, to mention but a few. LawOfAttraction.com further states that “the most challenging part of acknowledging and accepting the truth of what the Law of Attraction has to offer is coming to the realization that every single one of your decisions in life, good and bad, has been shaped by you alone.” This is indeed is difficult to admit especially if you have lived for a long time with the notion that people or situations out there are largely responsible for the negative outcomes in your life. However, acknowledging and taking responsibility for our actions and results is the first step in that healing and liberation process.

In closing, here are ten things you need to know about the Law of Attraction (adapted from Eve F (best law of attraction)

Next, I will explore how you can apply this law and start using it in your life today. Stay blessed!