I seldom watch TVs, apart from few select programs on specific days of the week, however, being a lover of soccer, when the World Cup started in Russia, I had to adjust my schedule to create a bit more time to “give myself a treat”.  As usual, there were a lot of permutations about certain big teams having the edge over others to win the World Cup and we are all familiar with the regular top teams. Argentina, Brazil, Germany, Spain would readily come to mind and I also was looking towards a semi-final that would include at least 3 of these teams.

Before the World Cup began in June, below were the top ranked team based on FIFA’s release on June 7th 2018. 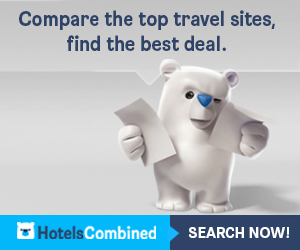 For those who have been following the games, you already know that none of these teams are still in the world cup, except Belgium and France (Chile did not qualify)! They have all been knocked out at different stages of the World Cup, albeit surprisingly. Russia 2018 would obviously go down in history as one of the most surprising with the highest number of upsets. Minnows conquering giants and Goliaths. Spain and Portugal had to wait till almost the last-minute to determine their fate from a group that also had Iran and Morocco. This would have been unthinkable in previous World Cups. Argentina was expected to lead the pack in a group comprising Nigeria, Croatia and Iceland. However, it took the combination of inexperience of the Nigeria lads, the team adjudged as the youngest in the tournament, as well ill-luck and some controversial decisions for Argentina to narrowly escape. They were eventually knocked out in the group of 16. Germany, the defending champions ended up bottom of their group, behind group leaders Sweden, Mexico and South Korea. Who could have imagined that, with the array of talents on display from the German side. Poland, the 8th ranked team by FIFA prior to the world cup, were also dumped out of the group stage, finishing bottom in a group having Colombia, Japan and Senegal.

As I write this piece, England has just beaten Sweden to qualify for the semi-finals, joining France and Belgium the only two teams from top 10 still standing. While reflecting on the match I just watched between England and Sweden, my thoughts started to race towards the salient lessons I could learn from the global event and how practicable they could be for my life. Below are some of the lessons I have learnt so far.

If you want to learn more about setting goals and steps you can take towards a better future please look at this link.